On the Road: NYC 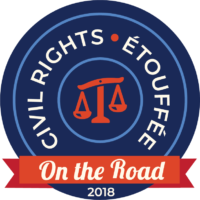 FOIL: How to Effectively Use FOIL in Civil Rights Cases & How to Handle Standard FOIL Denials

Robert Freeman, the longtime Executive Director of New York State Committee on Open Government, has received numerous honors for his commitment to truth, justice and transparency, including being inducted in the Open Government Hall of Fame and honored by the Society of Professional Journalists as one of their Heroes of the 50 States award.

Gideon Oliver, Law Offices of Gideon Oliver, has been counsel on FOIL matters that have led to large disclosures in cases of public significance, including cases: that led to the “discovery” and disclosure of thousands of “lost” NYPD political surveillance files; in which the NYPD has been ordered to disclose records regarding Ramarley Graham to his family; and that forced NYPD to follow 2006 E-FOIL requirements, resulting in the FOIL@NYPD.org and FOILAPPEALS@NYPD.org email addresses.

David Roth, has used FOIL to get around the restrictions that apply to many discovery disputes. In various police cases he has been able to obtain full and complete files in police cases, including video, photos, and crime scene notes which are often virtually impossible to obtain without extensive litigation in Police cases.

Cory Morris, has lectured on FOIL, is a Suffolk County Academy of Law Officer and was the recipient of the Equality Award at the Suffolk County New York Civil Liberties Union 50th Anniversary Gala

If you’d like to bring a Civil Rights “Étouffée On The Road” to your local jurisdiction, let us know and we will make it a reality! Email FBACivilRightsLaw@gmail.com to get started.